Greider, an advocate for diversity in science, will teach and conduct research at UC Santa Cruz, effective October 2020 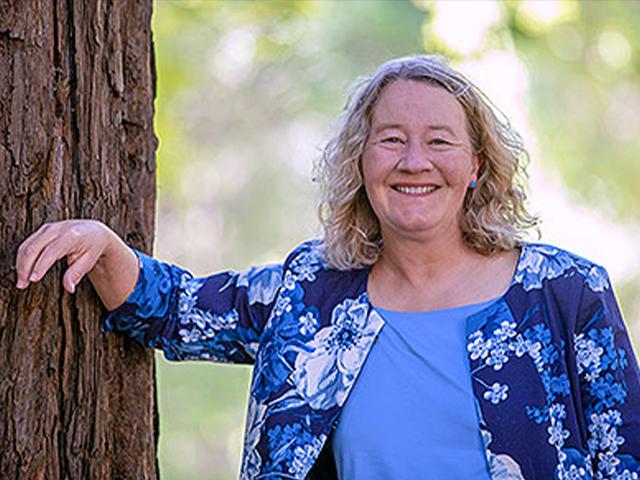 As part of her experiential learning experience at CCS, Greider worked in several biology laboratories. The drive she developed at UCSB for scientific inquiry continued while she pursued a doctorate in molecular biology at UC Berkeley. It was as a graduate working with Elizabeth Blackburn that she first encountered telomerase. Telomerase is an enzyme that controls the length of telomeres, a repetitive nucleotide sequence at the end of DNA strands that keeps the DNA from unraveling and promotes correct DNA replication. This discovery and her continued research on telomeres resulted in her sharing the Nobel Prize in Physiology or Medicine with Dr. Elizabeth H. Blackburn and Dr. Jack W. Szostack in 2009.

After completing her doctoral program at UC Berkeley, Greider worked at the Cold Spring Harbor Laboratory. In 1997, she joined the Johns Hopkins University School of Medicine, where she eventually became a Bloomberg Distinguished Professor, Daniel Nathans Professor, and director for the Molecular Biology and Genetics Department. Greider, an advocate for diversity in science, expects to begin her new faculty role at UC Santa Cruz in October 2020.

Learn more about Greider as she joins the UC Santa Cruz faculty.