A Boatload of Talent

Coxswain of UCSB’s No. 1-ranked rowing team invited to Under 23 national team tryouts

This story was written for UCSB Public Affair's The Current.

Mayer Feldman knew squat about rowing when he went to a tryout for UC Santa Barbara’s team. He wasn’t even the “right” size for a rower. Teams prize tall athletes — well over 6 feet — and Feldman topped out at 5 feet 7.

“They weren’t particularly interested in me,” Feldman recalled. “I was that small guy nobody really wanted.”

Fast-forward a couple of years. Feldman isn’t just a member of UCSB’s No. 1-ranked varsity eight, he’s among the best in the country at his position. The junior physics major in the College of Creative Studies is a coxswain (pronounced cox-in), the person at the back of the boat who steers and directs the rowers during practices and races. His skill as a cox, as the position is often called, earned him an invitation to the USRowing Under 23 national team selection camp. Feldman is one of three coxes invited to the camp in Oklahoma City. Those selected for the team will compete at the 2017 World Rowing U23 Championships July 19-23 in Plovdiv, Bulgaria.

Sullivan, who is in his first year at UCSB after two decades at the University Michigan, said that what separates Feldman from other coxswains is his understanding of the sport and ability to make adjustments in the boat on the fly. Technically demanding and physically punishing, rowing requires a crew to move as one unit as powerfully and efficiently as possible. Feldman excels at getting his guys there, Sullivan said. 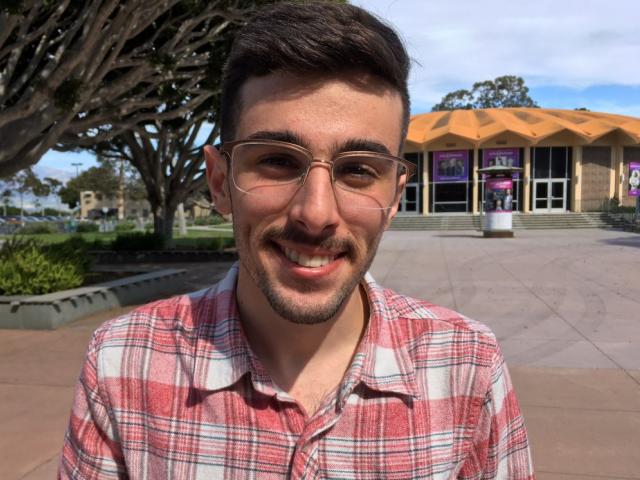 For Feldman, who was one of 60 coxswains who applied to the U23 selection camp, rowing is a continuous challenge. A cox has to assess multiple factors — rhythm, technique, the physical and mental state of the crew — and make adjustments in the moment. It takes a special skill set, something Feldman discovered he had in spades.

“I really enjoy being the brains behind the brawn, getting all these guys doing the same thing at one time,” he said. “That’s what I love about the sport. I’m a physics major, and every day I do problems and problem sets that require me to think in new and different ways. So I’m able to really focus and think about the stroke and what could be possibly be going wrong.”

Sullivan noted that Feldman’s strengths go beyond diagnosing and fixing problems in the boat. “Mostly what I’ve noticed as a coach, and I noticed it right away, was I would make a comment about something or explain a technical change I wanted to make,” he said. “And he would immediately see not only the next step, he’d see the two and three and four steps beyond. He would see the implications of what I was saying, and he’d ask me very quickly, ‘So would that mean this and this?’ And I’m like, ‘Yeah, that’s exactly what it would mean.’ ”

Feldman’s contributions, along with Sullivan’s new training regimens, have led the Gauchos to the No. 1 spot in the American Collegiate Rowing Association poll. They will compete in the association’s national championship regatta Saturday, May 27, and Sunday, May 28, in Gainesville, Ga.

Now in its 52nd year, rowing at UCSB is a club sport and part of the Department of Recreation. Unlike basketball or water polo, there are no scholarships for athletes. “This is all on our own time and our own dedication to the sport,” Feldman noted.

At the U23 selection camp Feldman will be competing against athletes from intercollegiate powerhouses like the University of Washington (its men’s eight is ranked No. 1 in NCAA Division 1), Princeton and UC Berkeley.

“It was very cool to be invited,” he said. “Very, very excited to represent the school and what I’ve learned here. Hopefully we can show what club programs have to offer.”

As for what he expects of the camp: “It’ll be pretty much eat, sleep and row.”