Now in its 50th year, the College of Creative Studies, UCSB’s little college that could, recalls how it started — and what’s kept it going

By Shelly Leachman for The Current 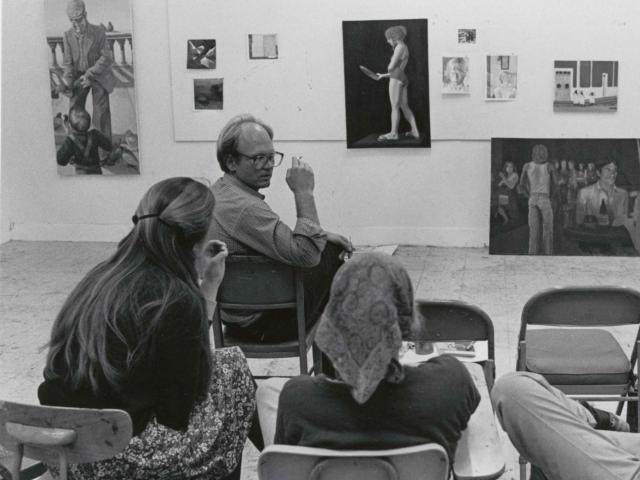 As a high school senior in 1967, Hank Pitcher — a football standout with artistic aspirations — often attended presentations by college representatives visiting his Santa Barbara campus. What could they offer him besides time on the gridiron?

The day Marvin Mudrick came to speak is still etched on Pitcher’s memory.

A professor of English at UC Santa Barbara, Mudrick also was founding provost of the university’s bold new endeavor: the College of Creative Studies (CCS). Conceived as a small college for self-directed students, within a world class university, it was to welcome its first class the following fall — and Mudrick was seeking outstanding students.

“He was just so brilliant and unusual. It was exciting to hear him talk and I was really taken by him and by the idea of the college,” Pitcher said. “I was hitchhiking home afterward — this was in the 60s, when people still hitchhiked — and who picked me up but Marvin Mudrick. We talked more about the college and the more I heard about it, the more I liked. So I applied, and I think I may have been the first person ever accepted at CCS.” 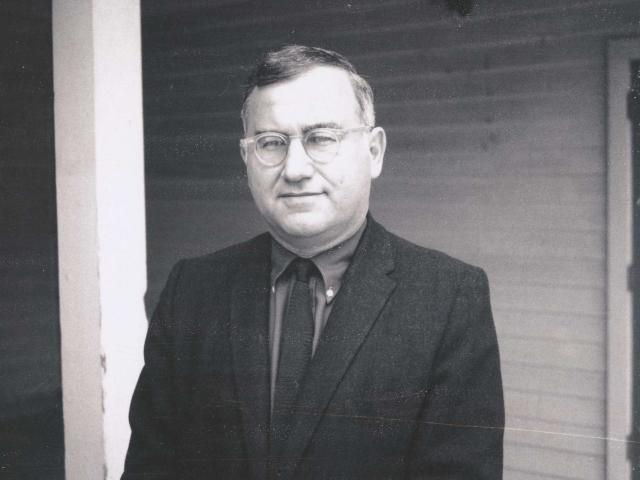 Pitcher went on to be one of CCS’s first graduates. A successful artist who still lives and works locally, today he also teaches at the college he credits with “empowering me to talk to anybody on campus I wanted to talk to — world-class scientists, artists and writers —who felt accessible to me because of CCS. And they were interested in talking to me, too.”

That’s the magic and mystique of CCS, which is now celebrating its 50th year. A diverse slate of special events — talks, performances, exhibitions and more — will mark this milestone anniversary for the little college that could. Among the biggest is the upcoming Research and Creative Activity Conference (RACA-CON) featuring short talks by current CCS students and keynotes from two prominent alumni: astrophysicist Alex Filippenko and Emmy-winning musician Parry Gripp.

“Fundamentally, it’s a very conservative idea,” Mudrick told the Los Angeles Times of CCS shortly after its founding. “I’ve never thought there was any new method of teaching. What we have is highly motivated students and highly gifted teachers. When they are brought together and allowed to advance at their own rate, they do very well.”

Angela Belcher could attest to that. A 1991 alumna of CCS biology, she earned her Ph.D. in chemistry from UCSB in 1997 and in 2002 was named by MIT Technology Review as one of the world’s top 100 young innovators. In 2004, she won a MacArthur Foundation “Genius Grant” for work her work engineering viruses to grow batteries.

“If you ask me ‘What is the single most important part of my success?’ I would say the College of Creative Studies,” Belcher, the James Mason Crafts Professor of Biological Engineering and Materials Science and Engineering at MIT, said during a recent talk at UCSB. “[CCS] taught me very early on that you have the power to set your own way of thinking, that there aren’t boundaries between disciplines, and that you can have a really, really positive relationship with your professors and mentors. It was small classes, people interested in you — people willing to take a risk with you. 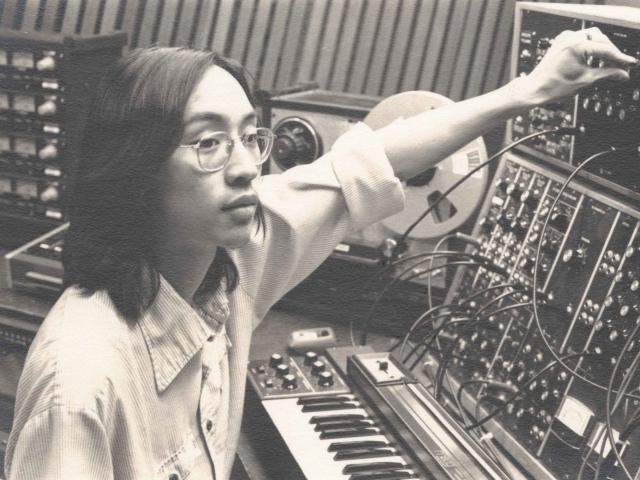 Music composition is one of the original seven majors at CCS, and still among its offerings today.

She added, “Having the ability to write your own education and figure out what you think is the most important thing for your learning and your life.”

That was precisely the idea. Largely conceived by Mudrick, with encouragement and support from then UCSB Chancellor Vernon Cheadle, CCS was founded on that very principle.

There would be no specific course requirements; students would essentially craft their own. There would be scant direction, in the conventional sense. There would be no grades. What there would be — and still is — was direct communication and collaboration with faculty, and the invaluable opportunity to create original works, of art or science or both, as an undergraduate.

It was choose-your-own-adventure academics for exceptional students with demonstrable promise. As the LA Times put it in a 1971 feature on CCS, it was “one of the most unusual educational units in the University of California system, or in all of higher education, for that matter.”

The same could be said today, CCS serving as a portal for its ambitious student adventurers both to the broader campus and the awaiting world beyond.

“Mudrick brought great thinkers to campus, including Buckminster Fuller, to interact with faculty and any students who were ‘brave enough’ to engage and immerse in their education,” said Kathy Foltz, interim dean of CCS and an associate professor of biology. “He wanted to expand the interactive aspect as a key component of their education. The idea was to learn from each other and to go as deep into a subject as you dare.”

CCS has evolved (for example, there are now course requirements), but still offers opportunities to interact with experts and a personal path through the university experience that encourages immersion in a discipline, intellectual engagement and creativity — be it in the studio, at the computer, in the lab or the field.

Back when it began, UCSB wasn’t the only institution trying to establish this new paradigm. It was the 1960s after all — a time of questioning authority and societal “norms” across the board, higher education included. Along with a similar program at UC Berkeley, UCSB’s College of Creative Studies was among a handful of so-called “experimental colleges” to emerge on campuses nationwide.

It was one of the few to survive. And based on its ranks of illustrious alumni alone, CCS could safely be described as not only surviving, but thriving. From Belcher to Gripp to Nobel Laureate Carol Greider, the CCS proof of concept is in its people.

“It was kind of with trepidation that I first set foot in the door because I really had no idea what to expect,” recalled Bill Ashby, a retired professor of linguistics at UCSB who spent 12 years as provost of CCS. “I found it a very interesting place and something totally alien to everything else I had done at UCSB and up to that point in my career. Most of all I found remarkable students, a truly remarkable group, and I think that continues today. The students are what make the place, along with a dedicated staff and faculty, and a collaborative rather than competitive environment. I think that accounts for much of the community spirit that prevails in CCS. It was a good discovery.” 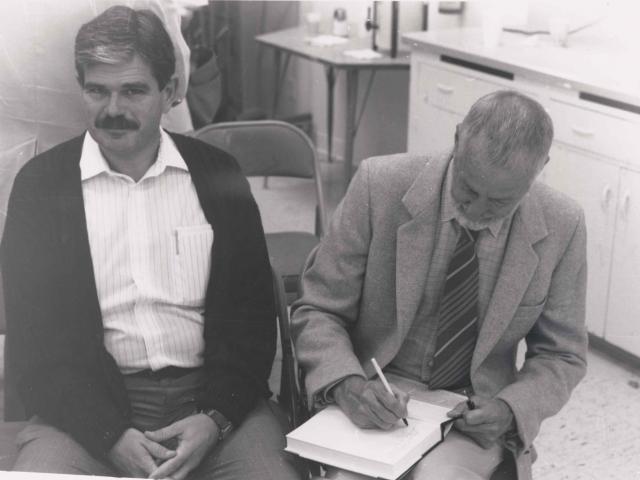 Five decades on from its founding, the pioneering CCS has stayed true to its initial aim. It has retained its original seven majors — art, biology, chemistry, math, music composition, physics and writing and literature — and added one, in computing. And save for a mid-1980s budget and enrollment slump that put it briefly in peril, the college has steadily grown, from 50 students its first year to nearly 400 today.

Academic expectations at CCS are high. And they are continually exceeded. A full 20 percent of UCSB’s Regents Scholars come from CCS, which sees some 75 percent of alumni advance to graduate school.

“From its inception, CCS has been about the student, although its approach has evolved over its 50-year history, much as UC Santa Barbara has grown from a general campus to a Research One powerhouse,” said the college’s former longtime dean Bruce Tiffney, a professor of earth science at UCSB. “Over the decades, each of the majors within the college has forged increasingly stronger links with cognate departments, creating an unusual if not unique educational model within UC and the nation. This partnership allows students access to the intellectual and physical resources of a world-class campus.

“As we look to the future,” Tiffney added, “we count on the continued sense of exuberant enjoyment shared between CCS students and their faculty as they confront the unknown, ignorance, and possibilities in the arts and sciences, and perhaps the advent of other majors within the college, extending this mode of exploration and learning to a wider range of disciplines across campus.”