First Glance at a Kilonova 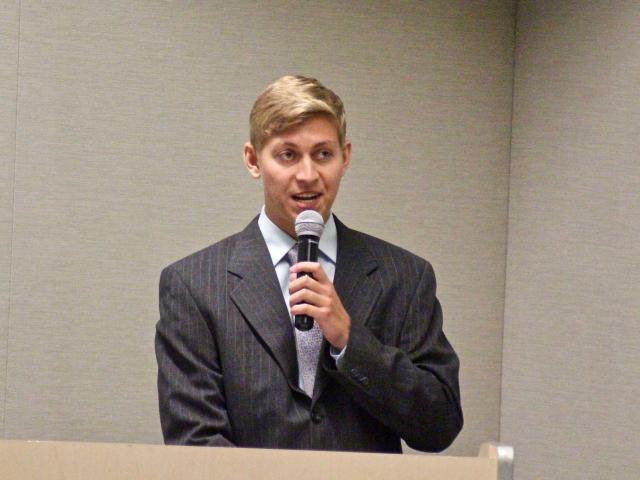 On August 17, 2017 Sergiy Vasylyev, a senior in the College of Creative Studies (CCS) Physics program, was part of the team at the Las Cumbres Observatory (LCO) in Santa Barbara that co-discovered a new source of light and localized it to the galaxy NGC 4993. The team quickly realized that the new light was generated by two neutron stars colliding together. This phenomenon, called a kilonova, had long been theorized, but never conclusively observed — until now.

Vasylyev explained how it felt to be one of the first people to observe a kilonova. “This discovery was a roller coaster ride,” he said. “There were a lot of mixed emotions when I first saw the raw image of the kilonova. It was a moment of shock followed by a wave of excitement.”

The group’s resultant study, which many in the scientific community are calling one of the most important discoveries in modern astronomy, appeared in the journal Nature.

Interested in astronomy from an early age, Vasylyev was inspired by the atmosphere at LCO when he toured the facility with Dr. Sathya Guruswamy’s Introduction to Research class in CCS. “The staff was very welcoming, engaging, and was as excited about Astronomy as I was,” he recalled. The young astrophysicist was determined to find a way to work at LCO so he asked Dr. Andy Howell, a UCSB adjunct faculty member who leads the supernova group at LCO, to be his CCS Summer Undergraduate Research Fellowship (SURF) research advisor. After an interview with the LCO team, he was briefed on his project and began working under the direction of Dr. Iair Arcavi, a NASA Einstein postdoctoral fellow in UC Santa Barbara’s Department of Physics and leader of the LCO follow-up effort. 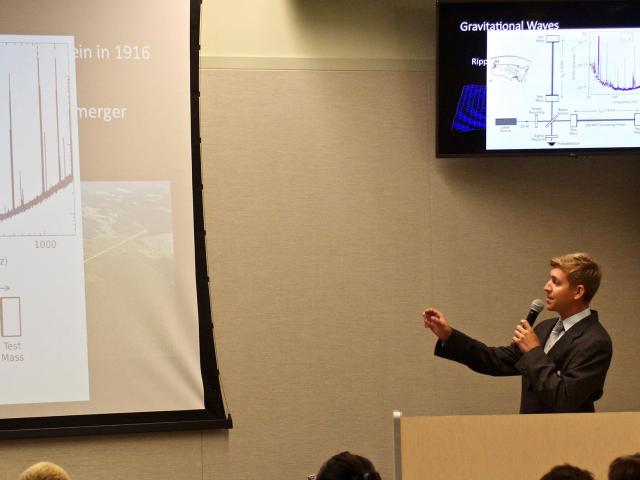 “Sergiy is a bright and dedicated student, and wonderful to work with,” said Howell. “I'm sure he'll go on to make even more great scientific contributions -- he's certainly started off on the right trajectory!”

According to Howell, Vasylyev wrote software that played an integral role in the discovery. “Sergiy played a major role in our co-discovery to the first kilonova from the merger of two neutron stars,” noted Howell. Sergiy said that his algorithm used constraints “to list galaxies in the order of most probable to contain the kilonova within a given localization region. There could be millions of galaxies contained in these localization regions, so it was crucial that the software worked efficiently.” This was one piece in the LCO’s robotic network of 20 telescopes around the world. “The discovery was a large group effort,” asserted Vasylvey. “I would like to thank Iair Arcavi, Andy Howell, and the rest of the team at LCO for giving me a place in this amazing discovery.”

Once he graduates this June, Vasylyev intends to pursue a PhD in Astrophysics and wants to continue to work on groundbreaking research. “Astronomy is popular among the public and youth,” he noted, “and I am interested in making it a gateway for many to become interested in pursuing a scientific career.”