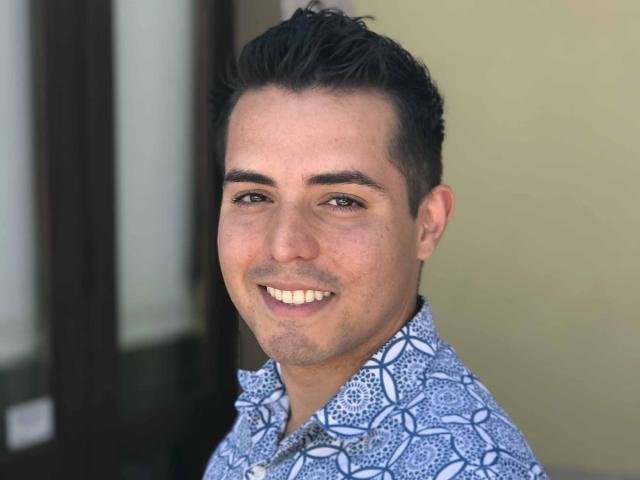 When David Saldaña (CCS Literature ‘11) first heard the poem “Halo of Dust” written by CCS Writing & Literature faculty member Teddy Macker, he fell in love with the piece. Saldaña was not composing music seriously at the time, but he noted the work because he sensed the text would translate well to a musical setting. Seven years after he earmarked the poem, Saldaña–who is now a graduate student at California State University Long Beach’s Music Composition program–created “Giacomo's Song.”

Originally published in This World, a collection of poetry Macker wrote touching on the mysteries of nature and being, “Halo of Dust” is written from the perspective of St. Francis of Assisi, a well-known thirteenth-century Italian friar. Saldaña based “Giacomo’s Song” on a six-line first-person stanza within this poem. “At this moment in the poem, an everyman, Giacomo, decides he wants to live a more enlightened life and join Saint Francis’s brotherhood,” Saldaña described. “In the midst of distrust and upheaval from within the brotherhood, they hear this prayer come from Giacomo’s private chambers.”

“I had no idea that he had this musical impulse,” Macker said. “It's amazing that he went after it and that he's drawing on his background in literature to serve him on this different journey.” 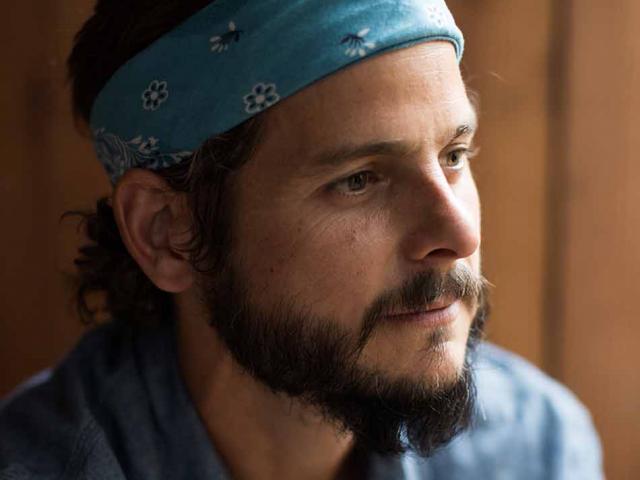 Before “Giacomo’s Song,” Macker had never heard any of Saldaña’s compositions. “David mentioned to me–a year or a couple of years ago–offhandedly he wanted to turn some of the lines into music,” said Macker. At the time the poet did not think anything would come of the project but has since described the piece as “deeply moving” and said, “I’ve listened to it a number of times, and it just kills me. Just shatteringly lovely stuff.”

Saldaña created the piece during his last year of graduate school at Long Beach State. “What makes this special,” he noted, “is that I’m using the melodies that are hidden within our everyday speech, and spinning those motifs out into larger phrases.”

Although Saldaña studied literature at CCS, he enjoyed the ability to work interdisciplinarily. “My first opportunities to work with music came in the Musical Theater Writing class that Jeremy Haladyna puts on every other year, and in my first composition lessons with Leslie Hogan,” Saldaña remembered. He began his formal study of music at a community college before attending graduate school. The musician’s experiences at graduate school remind him of his undergraduate experience at CCS. He elaborated, “It didn’t feel that shocking when I got to graduate school. It really felt like my years at the CCS: liberating, stimulating, and supportive.”

Saldaña is currently completing a choral and piano musical setting of the entire poem, “Halo of Dust.” It is set to premiere February 2019.