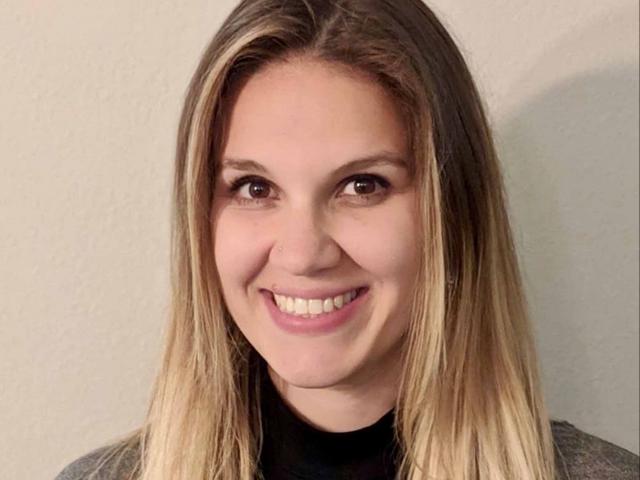 College of Creative Studies: How has CCS impacted your life?

Veronica Pessino: CCS was critical for my undergrad journey for two primary reasons. First, it automatically introduced me to driven and like-minded students who would quickly push me further than I likely would have pushed on my own. It would have been much more difficult to find these compatriots in a general biology class with hundreds of people!

Second, CCS gave me the freedom to overload myself. While this became a burden at times (especially for my advisor who often had to rein me in!), it allowed me to explore far more than I otherwise would have been able to do so. There aren’t many other programs in the world that would allow a student to accomplish a B.A in Biology, B.S. in Physics, minor in Italian Literature, and 5 years of year-round work in an internationally-renowned research lab, all during undergrad!

CCS: Why did you choose to come to CCS? How did you find out about the College?

VP: Having grown up in Santa Barbara, I had early exposure to the existence of CCS. I ended up choosing it because I loved the intimate class sizes, and having already spent some time in labs during high school, I knew I wanted research to be a big part of my undergraduate education. I got the impression that was exactly what CCS was all about. Plus, I was intrigued by the lack of unit-cap per quarter.

CCS: What was your favorite aspect or professor or experience while at CCS?

VP: Because I was in the biology program, a lot of my coursework was ultimately through Letters and Science. But the courses/professors I had in CCS were the ones I preferred and whom I remember to this day. There were definitely too many to list here, but I would say that Kathy Foltz had greatest impact on me and my trajectory, as did my advisor Bruce Tiffney. I also still remember specific conversations with Armand Kuris, Stu Feinstein, David Cannell and John Latto; most were surprisingly not at all annoyed but actually encouraged probing questions.

VP: At the end of my second year of CCS biology, I had over-loaded myself so much that I was nearly done with the degree. My lab mentor at the time, Dr. Kenneth Kosik, recommended I take a physics class to supplement my experience. After the first day of introductory physics lecture with Professor Cannell, I added the physics degree and started my double major journey. When finished, I went straight to UC San Francisco for graduate school in the Integrative Program for Quantitative Biology (iPQB) for a Ph.D. in Biophysics, where I brought together the biology and physics degrees by specializing in microscopy and cell-signaling.

We used to say, “CCS is a graduate school for undergrads” and I really think that was true. Aside from learning my own limits and great organizational skills, I had the opportunity to taste what graduate school would be like. The prestige of CCS meant that professors trusted me, so I was very quickly admitted into research labs, TA-ed an undergraduate course, took a graduate level bioengineering course, and partook in a weekly journal club for graduate students, post-docs and PIs through my lab.

There aren’t many other programs in the world that would allow a student to accomplish a B.A in Biology, B.S. in Physics, minor in Italian Literature, and 5 years of year-round work in an internationally-renowned research lab, all during undergrad!

CCS: Describe your career, profession, job. Does it relate to what you studied at CCS? If so, how?

VP: I am currently a postdoctoral fellow at the Salk Institute for Biological Studies, a scientific research institute located in San Diego. I investigate the molecular basis behind neurodegenerative diseases like Spinal Muscular Atrophy (SMA) and Amyotrophic Lateral Sclerosis (ALS). I am specializing in neuromuscular junction and motor neuron deterioration under these conditions.

CCS: What advice would you give to current and future CCS students?

VP: Find your limits, and push a little past them! You’ll be surprised how much you can do!

And on a less proverbial note: the future is interdisciplinary. It isn’t enough to know one thing; scientists, if you want to do well, you must be able to write well. And writers, if you want to write science, you have to understand it. Everything crosses over, so learn as much as you can about everything. Work in a research lab means grasping chemistry, physics, biology, math, computer science, and even communication – maybe not all with the same depth but at least conceptually.