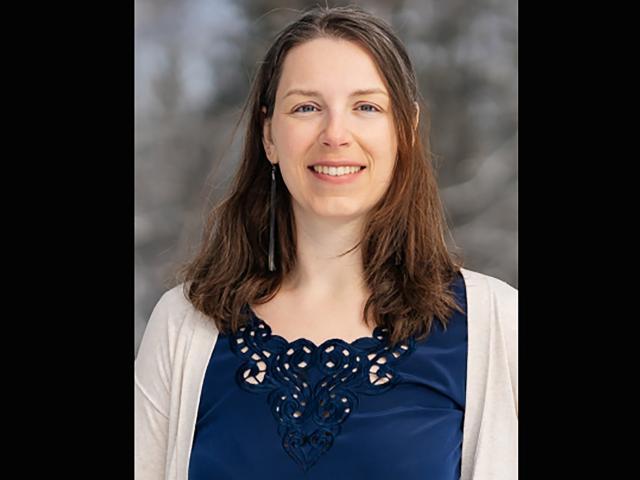 Elisabeth Sowerwine (CCS Physics ‘09)—known professionally as Dr. Elisabeth Newton—has always been interested in astronomy, but it was not until college that she realized she wanted to pursue a career in this field. Because her mother is also a CCS alumna (Carol Lashof, Literature ‘76), perhaps it is no surprise that Elisabeth also ended up at CCS.

“I found a really good community at CCS and in CCS Physics,” Elisabeth explained. “You get to know your classmates pretty well, you get to think about hard problems together, and it’s not a competitive environment. Instead, it was one where you could focus on the enjoyment of learning.”

Elisabeth got her start in research in astronomy at CCS. In her junior year, she started working with Professor Tommaso Treu—who has since left UCSB to work at UCLA—and Professor Phil Marshall and completed her senior thesis under their mentorship. Elizabeth felt so strongly about research that she continued her astronomical research with them after she graduated from CCS.  Elisabeth’s exposure to research at CCS helped her realize she wanted to keep conducting research and continue on to graduate school.

I found a really good community in CCS and in CCS Physics. You get to know your classmates pretty well, you get to think about hard problems together.

Elisabeth received a doctoral degree in astronomy from Harvard and, subsequently, worked as a National Science Foundation (NSF) Astronomy & Astrophysics Postdoctoral Fellow at MIT.  As a Postdoc, Elisabeth was involved with an outreach project teaching introductory astronomy at Boston University Metropolitan College’s Prison Education Program. “It was definitely a learning experience,” said Elisabeth. “It was my first time teaching and I was developing this course from scratch.” There were specific challenges to teaching in a prison, including lack of Internet access, not being able to hold office hours, and being unable to give PowerPoint presentations. Despite these challenges, Elisabeth enjoyed her time teaching at the prison and found that “…the students were really earnest and enthusiastic about participating in class.”

In January 2019, Elisabeth was appointed Assistant Professor of Physics and Astronomy at Dartmouth College. Her research focuses on how stars and planets evolve over time. “Most of the stars and planets that we observe orbit older stars, like the Sun is about five billion years old,” Elisabeth explained. “So how do we get these older systems?”

Most of the stars and planets that we observe orbit older stars, like the Sun is about five billion years old. So how do we get these older systems?

One component of Elisabeth’s research is stellar astrophysics—the study of the formation and evolution of stars—with a particular focus on low mass stars called M dwarfs. M dwarf (also known as red dwarf) stars are the most common type of star in the Milky Way and the smallest type of hydrogen-burning star. “I try to understand the connection between their spins, their rotation rates, and their magnetic activity,” said Elisabeth. “How are rotation and magnetism related and how do those properties change over time?” Understanding the connection between the physical characteristics of stars and how they change is important because they can have a significant influence on the evolution of nearby planets. 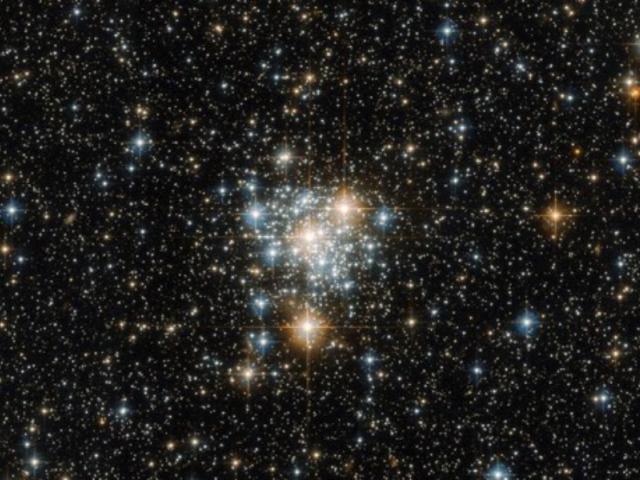 In March 2019, Elisabeth and her team led the discovery of DS Tuc Ab. DS Tuc Ab is an exoplanet—a planet that orbits a star other than our Sun. Earth and Neptune are about 2.9 billion miles apart, but that is only 0.05% of a light year (5.88 trillion miles). The distance from Earth to the newly discovered exoplanet DS Tuc Ab is 150 light years (or about 900 trillion miles), more than 300,000 times the Earth-Neptune (yes that spot in the sky) distance. Therefore, it is little surprise that DS Tuc Ab is referred to as an exoplanet.

DS Tuc Ab orbits one star in a young binary star pair, DS Tuc A and DS Tuc B, and the planet takes the name from it’s host star DS Tuc A to become DS Tuc Ab. DS derives from the fact that it is a variable star. The brightness of variable stars changes; in this case, the star is varying because it has many spots on its surface due to its youth. The “Tuc” in the name of binary stars DS Tuc A and DS Tuc B comes from the stars being part of the Tucana constellation, which was named after the toucan and is part of the collection of constellations known as the “Southern Birds.” A youngster in planetary terms, DS Tuc Ab is only around 45 million years old, is believed to be encased in a large gaseous atmosphere, and is still undergoing dramatic change.

This is one reason why Elisabeth’s discovery of DS Tuc Ab is so important—it can help shed light on planetary evolution.

“Finding young planets and learning about them is really important because we can’t watch a planet actually evolve over time, that process takes millions to tens of millions of years,” Elisabeth explained. “We need to be looking at young planets and seeing how properties of the planet change as they age in order to understand this whole process.”

Finding young planets and learning about them is really important because we can’t watch a planet actually evolve over time, that process takes millions to tens of millions of years.

Two current research questions involving DS Tuc Ab are looking at how the planet orbits its star as well as searching for evidence of atmosphere evaporation. Understanding how the planet orbits the star is important because the alignment between a planet and its star could indicate whether a planet evolved next to a star or whether it actually migrated in from a more distant point of origin.

When a solar system develops, planets form based on the material that is available as a building block. In the inner solar system, it is hotter, so planets are more terrestrial because they can only be made out of rocks, which is rare in a cosmological sense. In the outer solar system, beyond what is called the snow line, it is cold enough for compounds such as water to be solid, so planets are built out of a combination of rock and ice. This allows those planets to grow large enough to gravitationally attract gas and grow even larger. Eventually, these planets could become giant planets such as a gas giant, like Jupiter, or an ice giant, like Neptune.

“We think there might be a lot of dynamical evolution in planets,” Elisabeth explained. “[DS Tuc Ab] is intermediate in size, but we’ve also been finding a lot of giant planets, like Jupiter size, that orbit really close to their star, and it’s possible that those actually migrated in from further out in the disk.” This would mean that the planets could be forming in a different location than where they were found, which is important when trying to understand what processes have influenced how the planet has evolved.

[DS Tuc Ab] is intermediate in size, but we’ve also been finding a lot of giant planets, like Jupiter size, that orbit really close to their star, and it’s possible that those actually migrated in from further out in the disk.

The second ongoing study of DS Tuc Ab involves collecting data about its atmosphere. Elisabeth currently works with collaborators to understand the planet’s atmosphere to see if they can detect any signs of planet (or atmosphere) evaporation. This evaporation would mean that the planet is losing mass because it is evaporating into space. Right now, DS Tuc Ab is fairly large. “[DS Tuc Ab] is in between the size of Neptune and Saturn, which is kind of an unusual size for a planet,” said Elisabeth. “It could be that if this atmospheric mass loss is very significant, the planet will become smaller going into the future and so maybe it will fit into the size distribution that we see for older planets.” Basically, the hypothesis is that the planet has not yet reached equilibrium, which would be supported if Elisabeth and her team discovers evidence of ongoing mass loss.

Messages to Current and Future Students

Elisabeth appreciates the opportunities she had at CCS, which she believes helped her in graduate school and throughout her career. Her experiences as a woman in physics also taught her the importance of empathy. “My advice [to students] would be to be empathetic to the experiences other people are going through,” Elisabeth said. “Everyone has important things to contribute, and experiences unique challenges.” Elisabeth encourages students to think about how personal interactions, gender, and race can impact group dynamics and believes that it is important to make sure that everyone, especially those traditionally under-represented in the sciences, feels comfortable contributing and that people are actively listening to each other.

I think a lot of [students] in CCS don’t realize how awesome they are and the unique perspectives and skills that they bring.

Finally, she encourages CCS students to recognize their own abilities. “I think a lot of [students] in CCS don’t realize how awesome they are and the unique perspectives and skills that they bring,” she said.

Learn more about Elisabeth and her research.