Email your questions to info@ccs.ucsb.edu

Welcome to the College of Creative Studies! CCS is the smallest college at UC Santa Barbara with around 450 students. CCS is a place for motivated undergraduates with a radical curiosity for one of the college’s eight fields of study: art, biology, chemistry and biochemistry, computing, music composition, math, physics, and writing and literature. It is a small community of committed undergraduates and faculty set within a major research university.

Students in CCS start taking specialized classes right away and enjoy considerable flexibility in shaping their curriculum. This independent approach is balanced with close mentorship from faculty advisors, who treat students as junior colleagues. Whether it is producing creative work or conducting original research, students are inspired and empowered to make significant contributions to their field by creating new knowledge. Undergraduates in CCS aren’t just students, they are artists, biologists, chemists, computer scientists, mathematicians, composers, physicists, and writers.

Founded in 1967, the College was originally housed in a Marine barracks building next to the library, a relic of WWII when the seaside campus was a military base. The College moved to its present site, still a former Marine barrack, but a larger one, in 1975.

The building not only has classrooms used by all eight majors, but also houses an Art Gallery, art studios, a print shop, a computer lab, study spaces, and a student lounge. Attached to the main CCS building is the Old Little Theater (OLT), which hosts music performances by CCS Music Composition students as well as a variety of guest speakers. Past visitors to the OLT include Neil Gaiman, Joy Harjo, and Bill Bryson. 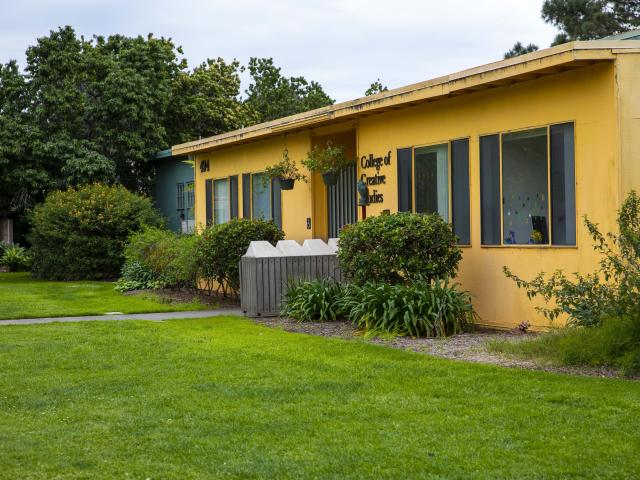 The iconic yellow and green coloring of the CCS building was chosen by CCS Art Faculty Hank Pitcher. 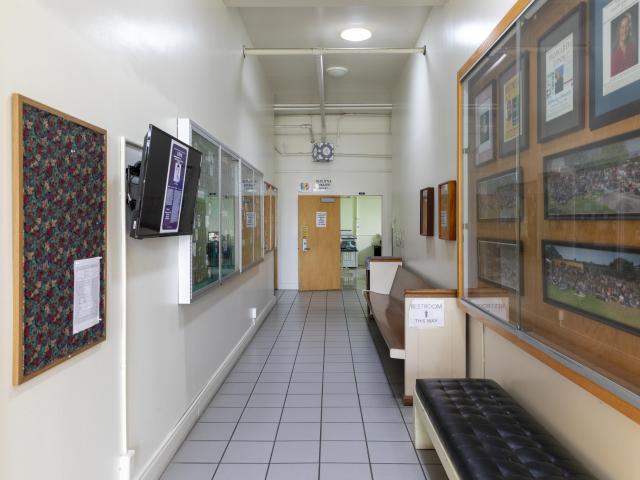 Welcome inside the CCS building! To the left is the Art Gallery and to the right is the main office. 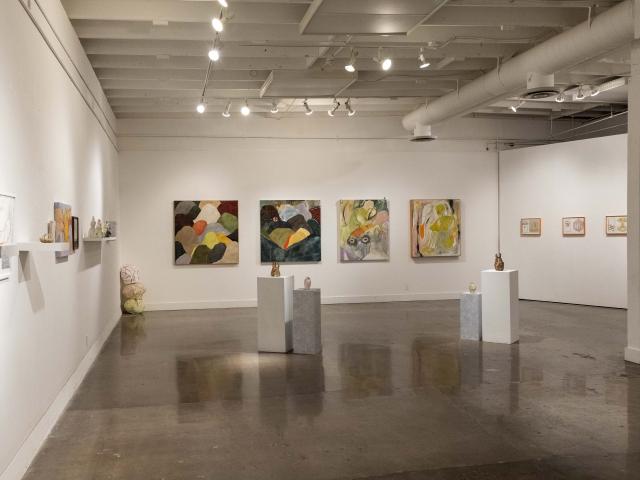 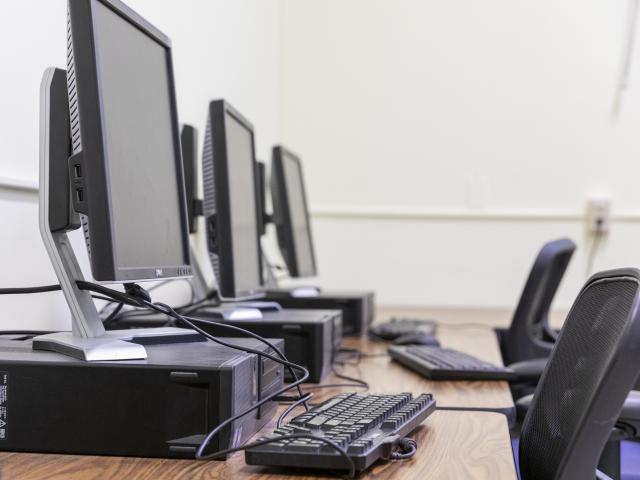 The CCS computer lab offers students a space to work on homework or study and even provides students with free printing. 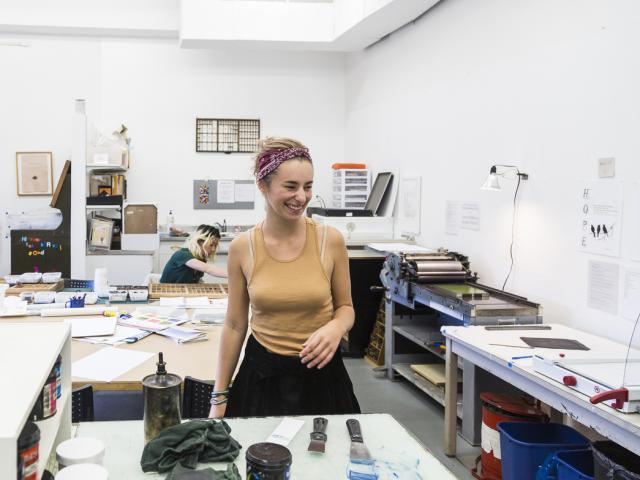 CCS has a state of the art printing lab for Book Arts students. Photo by Matt Perko. 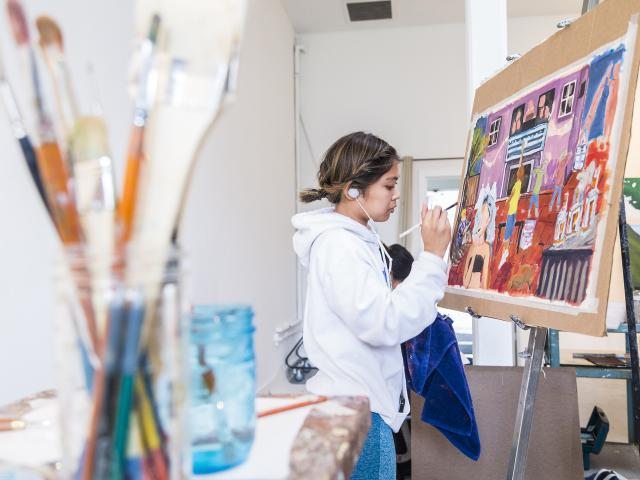 Art students are assigned studio space to help them create their art. Photo by Matt Perko. 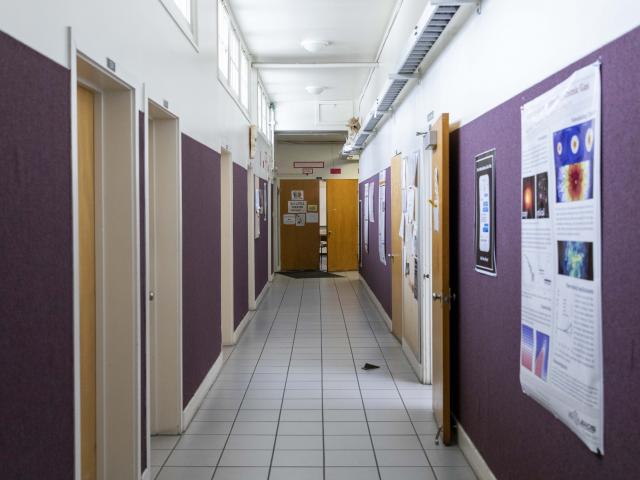 Down the hallway are classrooms and faculty offices. On the walls are student posters and flyers advertising various events going on around campus. 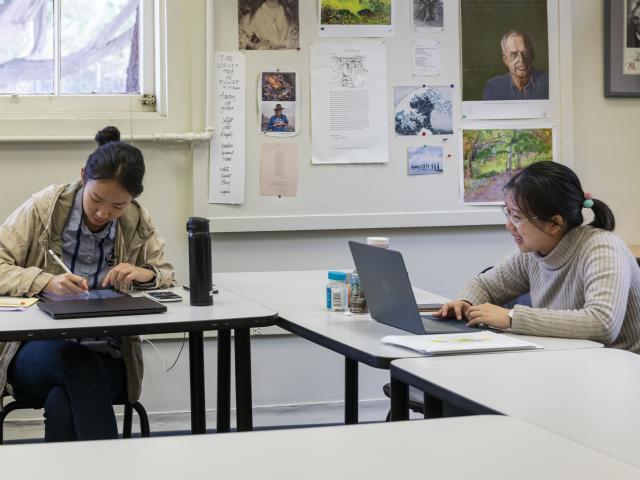 The CCS building is a great place to study. Study groups are a common sight throughout the building. 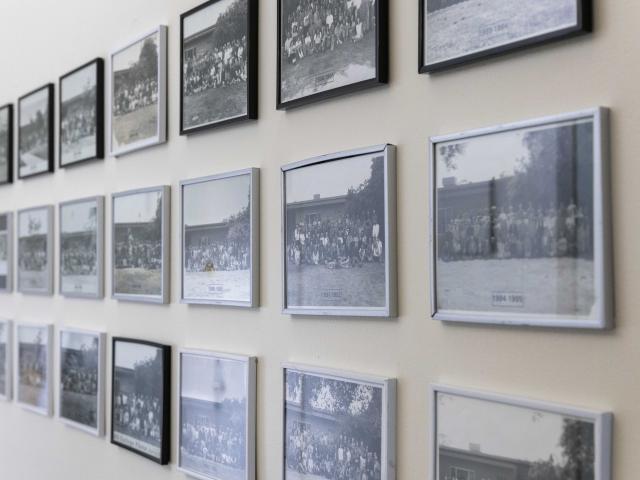 CCS class photos are displayed throughout the building. 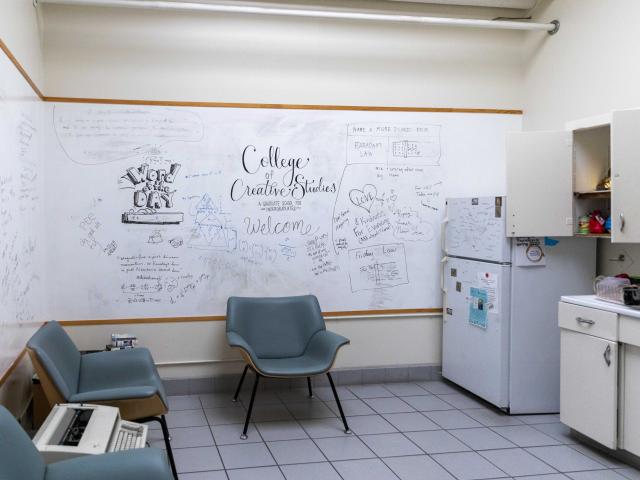 The student lounge is an excellent place to relax. It has a fridge and microwave that students can use if they need to recharge with some food. 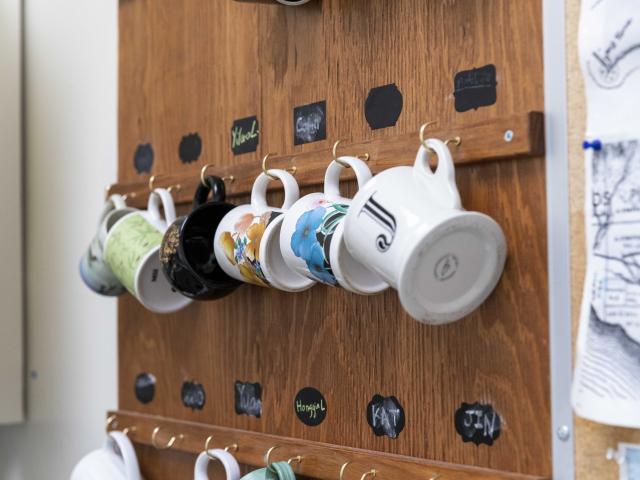 Don't forget your coffee mug! The Class of 2019 donated a coffee mug rack for students to use so they can store their mugs in the lounge. Each week, CCS also holds a Coffee Hour for students, faculty, and staff. 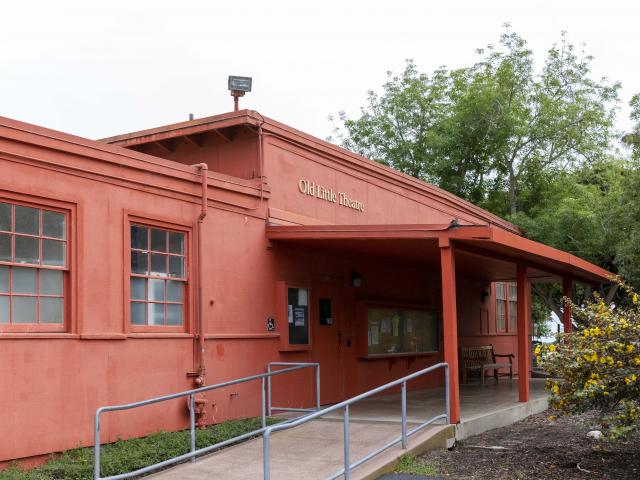 Attached to the CCS building is the Old Little Theater. The OLT has hosted music performances, literature readings, and a variety of guest speakers.

Learn more about each of CCS' eight majors by watching panels of current students, faculty, and staff. In each panel, the panelists talk about their experiences at the College and answer questions about CCS and their major.

Get your questions answered about the College of Creative Studies and its unique opportunities and requirements. Hosted by CCS staff advisors, Prof. Claudia Tyler (Biology) and CCS student peer advisors.

What is it like to be a person at CCS? Sure, you’re a student, but you are so much more than your major! We hope that this panel will help answer your questions about the quality of life for CCS students and the importance of our community.